DEFRA has recently approved the use of the A24 trap in England (pending in Wales and Scotland) and BHPS are very concerned about it.

The traps (see http://www.goodnature.co.nz/products/rat-stoat/) are sold to kill hedgehogs (amongst other species), in New Zealand where hedgehogs are a non-native and considered a ‘pest’ species.

Following DEFRA approval, the traps can now be used in the UK. 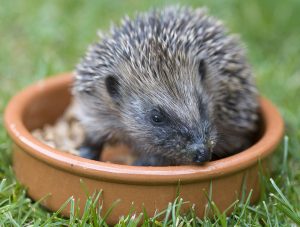 Here, hedgehogs are a protected species through being listed on Schedule 6 of the Wildlife and Countryside Act. Explicitly they may not be trapped without a licence.  This means that if a trap is set, albeit intended for something else, and it catches a hedgehog, then the person who set the trap can be prosecuted. Anyone setting traps for ‘vermin’ or non-protected species is obliged to take all reasonable precautions to avoid catching a protected species, since there are no ‘reasonable precautions’ to avoid catching hedgehogs using this trap, anyone who sets them is at risk of prosecution if they catch a hedgehog. It is no defence in law to say that the catch was unintentional. We call on DEFRA to withdraw approval ofthe use of these traps immediately so that they are not able to impact upon our already dwindling hedgehog population.-

What can you do? If you would like to make your voice heard, alongside ours, please contact the minister responsible directly by post: Dr Thérèse Coffey, Nobel House, 17 Smith Square, London, SW1P 3JR or by email defra.helpline@defra.gsi.gov.uk. As well as this, try contacting your local MP (even if you doubt their support).

Sign the current petition… https://you.38degrees.org.uk/petitions/our-hedgehogs-need-help Contact your MP… Ask them to raise this with Theresa Villiers (Secretary of state for the Environment, Food and Rural Affairs). Email Theresa Villiers Direct… https://speakout.38degrees.org.uk/campaigns/hedgehog-traps-speakout-24-04   Ask your MP… Ask your MP to sign the Early Day Motion 1297, tabled by Ruth George, MP for High Peak.  You can look up your MP and their email address at: https://www.parliament.uk/mps-lords-and-offices/mps/  You can use you own words or click HERE for suggested wording. You can see if your MP has signed up at https://www.parliament.uk/edm/2017-19/1297

We are extremely disappointed with the Government response saying that they do not think they need to reconsider their approval because the trap is only licensed for use on rats and not hedgehogs.  A condition of the license for UK sale is that the trap should be set so as not to trap hedgehogs.  However, anyone can buy the trap, it is unregulated and unchecked and will of course be used where hedgehogs can access it.  This difficult to view video shows the A24 doing what it is designed to do, killing a hedgehog, PLEASE NOTE THIS LINKS TO A VIDEO OF A HEDGEHOG GETTING KILLED IN AN A24 TRAP IN NEW ZEALAND AND IS VERY DISTRESSING TO SEE https://www.youtube.com/watch?v=6GyTnmhhUs8 Another point the government make is that there is a hedgehog excluder tunnel available (at extra cost) and this makes it safe.  Sadly not, the tunnel is made from wire, so we believe will itself trap hedgehogs!  The hedgehog will be able to put its head into the tunnel, seeking out the attractive lure, but then when it tries to reverse back out, its spines will catch on the wire.  This is in a similar way that the old McDonald’s McFlurry cups and KFC Krushems cups accidentally trapped hedgehogs in them.  The spines becoming stuck against the lip of the cup lid when the hedgehogs sought out the remaining food from the container.  Thankfully we managed to get both fast food giants to change their packaging to prevent this from happening.  In November 2017, we wrote to the UK distributers of the trap (GoodNature UK).  We offered to help develop a more effective tunnel and suggested that once a suitable tunnel had been designed it should be fit as standard to ensure hedgehogs are not under threat from the trap.  To date we have received no reply. If we can reach 100,000 signatures there is a good chance we can get this debated in parliament and DEFRA could reconsider.  Please help by signing and sharing the petition, remember two people can sign from one email address and if you don’t receive your email asking for signature confirmation, please check your junk folder, without this confirmation you won’t have signed the petition. Thank you for your support.

Sadly, we did not reach the 100,000 signatures required to prompt discussion in parliament about the A24 trap and the concerns we have about it killing hedgehogs. We are asking for your continued support on this, Ruth George (MP for High Peak) who has set up an Early Day Motion (EDM) for MPs to sign.  Please would you write and ask your MP to sign it.  You can look up your MP and their email address at: https://www.parliament.uk/mps-lords-and-offices/mps/  You can use you own words or cut and paste the text below.   We are also supporting the 38 degrees petition which is still live and can be found at https://you.38degrees.org.uk/petitions/our-hedgehogs-need-help and their call to action asking people to email Theresa Villiers direct which can be found at https://speakout.38degrees.org.uk/campaigns/hedgehog-traps-speakout-24-04   SUGGESTED TEXT TO EMAIL TO YOUR MP:   Dear <<INSERT MP NAME>>   I am writing as your constituent to ask you to sign EDM 1297 to ban the sale of A24 traps in the UK as they kill hedgehogs.   https://www.parliament.uk/edm/2017-19/1297   Hedgehog numbers are already dwindling, having fallen by 30% in urban areas and at least 50% in rural areas since 2000.    A condition of the licence for UK sale is that the trap should not be set up as to trap hedgehogs.  However, anyone can buy the trap, it is unregulated and will be used where hedgehogs can access it. The excluder tunnel is not fitted as standard but available as an added extra, at extra cost.  The British Hedgehog Preservation Society has concerns that the excluder tunnel itself will trap hedgehogs, so they have offered to work with the trap manufacturers to design a tunnel that can be included as standard on the trap and is fit for purpose, but the manufacturers have not responded.   The British Hedgehog Preservation Society are therefore calling on the government to withdraw the licence for the traps.   A briefing on the issue and petition can be found here.   Please would you show your concern and support for British hedgehogs by signing EDM 1297.   Thank you very much if you have done so already.   Yours sincerely     <<YOUR NAME AND ADDRESS>>