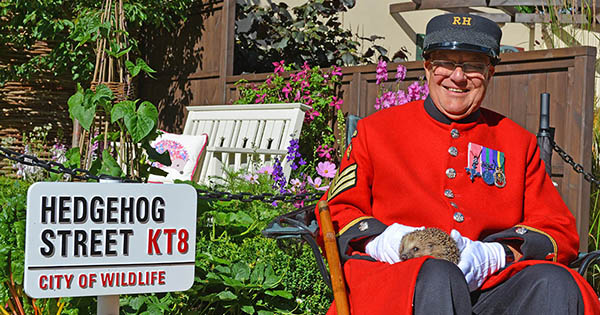 We are deeply saddened to announce that our Founder, Major Adrian Coles MBE has passed away. 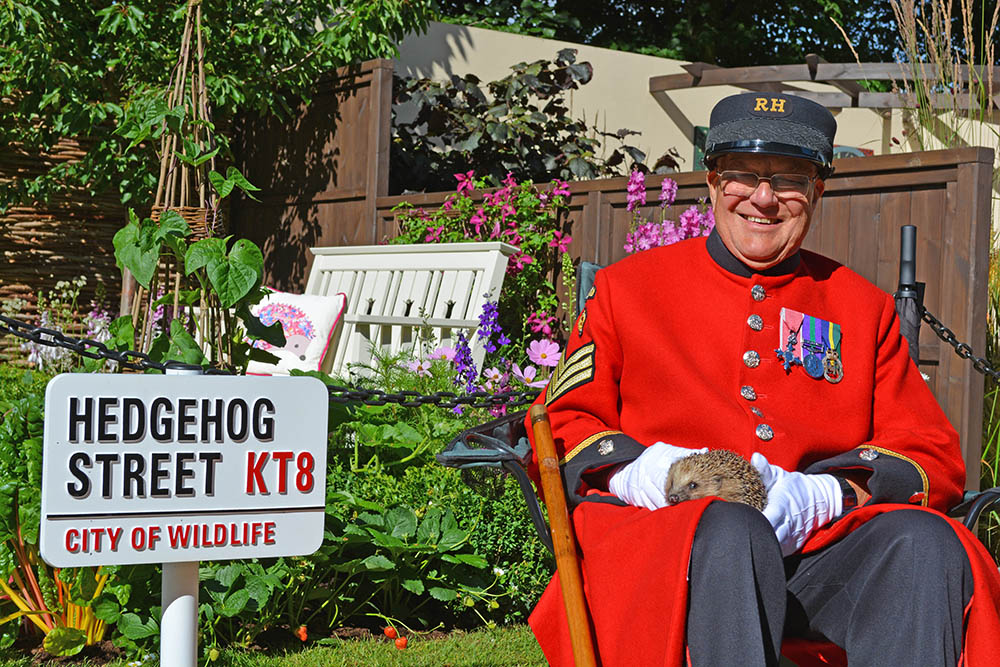 Major Coles, who became nationally known as Major Hedgehog, founded the British Hedgehog Preservation Society in 1982 and was instrumental in giving the hedgehog the high profile that it now enjoys.  Our Charity now has 11,000 members, publishes regular newsletters and works tirelessly to improve awareness of the plight of the hedgehog.

He was awarded an MBE for his services to the community on 2000, was an Honorary Alderman of South Shropshire and was a Freeman of the City of London.

More recently he moved to London and became a Chelsea Pensioner, donning the famous scarlet coat with pride.

“We are deeply saddened by loss of someone who did so much for hedgehogs.  We owe a debt of gratitude to Adrian, who leaves our thriving active Charity as a legacy to us all.  Our work will continue” said Fay Vass, Chief Executive of the BHPS – “that is what Major Hedgehog would have wished.”

Our thoughts are with Adrian’s family at this very sad time.